The stoic Vulcan, Mr. Spock, of the Star Trek franchise persists as Leonard Nimoy’s most memorable role; however, after his diagnosis of chronic obstructive pulmonary disease (COPD), Nimoy took on a new role—as activist and advocate—that his daughter, Julie Nimoy and son-in-law David Knight, carry forward through a new film, “Remembering Leonard Nimoy,” which airs on PBS in November. 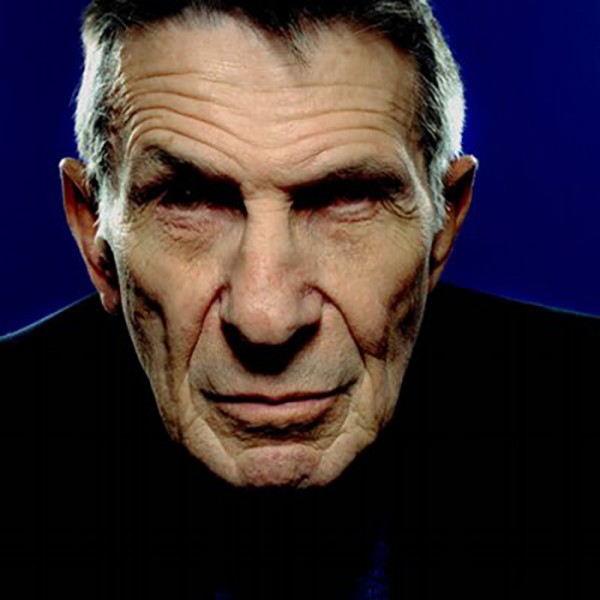 “Everyone knows my dad, Leonard Nimoy as “Mr. Spock” from the original Star Trek series and subsequent Star Trek films, but Dad had so many other interests and hobbies, which most people are probably unaware of,” Nimoy says. “During the 1970s, he was very active in numerous stage productions all over the country. He loved to sing and many of his plays were musicals (Fiddler on the Roof, The King and I, Oliver and more). Dad also acted in many dramatic plays as well. On a personal note, his fans probably thought of Dad as a very serious, intense persona, but he actually had a wonderful sense of humor, and he loved to tell jokes.” His hobbies included flying his own plane, building and handyman work, as well as photography and art.

COPD is a term used to describe several progressive lung diseases, including emphysema, chronic bronchitis, refractory (non-reversible) asthma and some forms of bronchiectasis. The primary characteristic of COPD is breathlessness even while resting. An estimated 30 million Americans live with COPD. Half of those have symptoms, but no diagnosis. The disease is currently the third leading cause of death in the United States.

For many COPD patients, like Nimoy, smoking is a major contributing factor, but other environmental and even genetic factors can come into play. Symptoms of COPD often masquerade as other conditions, causing patients to delay diagnosis and treatment.

Stephanie Williams, respiratory therapist and director of community programs and volunteer management for the COPD Foundation, says early symptoms include shortness of breath, wheezing and a persistent cough that may not be productive.

“A lot of people don’t realize how sneaky COPD is,” Williams explains. “They will say they are just getting older, or are overweight. But if they are honest with themselves, something deeper is wrong. Early treatment is better.”

A spirometry test is the best diagnostic tool for COPD. The test measures how much air a patient inhales and exhales, and how quickly a patient exhales.

Nimoy relates that her father’s early symptoms match the symptoms Williams describes, “For many years I was aware that my dad had a variety of symptoms, which at the time I believed to be related to allergies. His symptoms were not constant, but I did notice a frequent cough and constantly clearing his throat. He was taking allergy medication, but he remained very active all the time. By the time he was officially diagnosed with COPD, it was already apparent to me that he was struggling with upper respiratory issues. As he got older and his condition worsened, he started to struggle with his breathing and needed help by using a portable oxygen device, as well as using inhalers daily.”

“A lot of people don't realize how sneaky COPD is. They will say they are just getting older, or are overweight. But if they are honest with themselves, something deeper is wrong. Early treatment is better”

Patient Education and an Action Plan

In 2015, CMS applied the 30-day readmission rule to patients with COPD, meaning hospitals and home health agencies have an incentive to keep patients with the disease healthy and at home. Dr. Teofilo Lee-Chiong, chief medical liaison for Philips notes, “Patients should be provided a written action plan in the event of another exacerbation. Creating an action plan with a doctor will help the patient track progress, understand when to take medicines, and when to seek further emergency care. Giving the patients control with the ability to monitor oxygen saturations promotes proper oxygen titration, a vital component to an active lifestyle.” 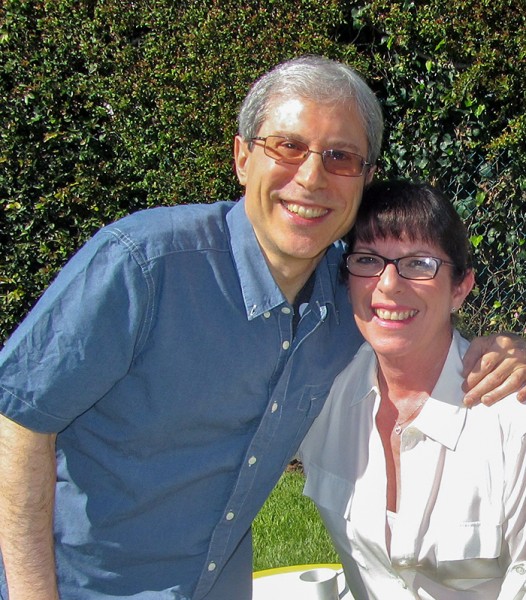 “My dad was an incredible patient,” says Nimoy. “He was very open to his doctor’s advice and followed the guidelines that were presented to him, including participating in weekly pulmonary rehab.”

The goal of pulmonary rehab is to raise a patient’s level of lung function, so the patient can rely less on supplementary oxygen for the ability to handle smaller tasks. Pulmonary rehab involves aerobic and anaerobic exercises supervised by a therapist.

Dr. Noah Greenspan is the founder of the Pulmonary Wellness and Rehabilitation Center in New York City. Greenspan emphasizes ultimate pulmonary wellness with his patients.

“When people have trouble breathing, they blame their disease,” Greenspan says. “They stop doing the activities that use the pulmonary muscles, such as climbing the stairs at their subway stop or office and become deconditioned. Eventually, they can’t do smaller activities such as cleaning their home.”

Greenspan’s patients are monitored using oximeters and EKG machines. They are given supplementary oxygen in order to achieve a high-level, therapeutic workout, to get them back to their everyday activities. The ability to work out and undergo pulmonary rehab and physical therapy gives the patient back some control over their disease, Greenspan says.

Respiratory therapists (RTs) are critical to the care of patients, particularly during the transition from hospital to home.

Charlene Raley, the coordinator of pulmonary education at Avera McKennan Hospital and University Health Center in Sioux Falls, South Dakota, and a PACT representative with the American Association for Respiratory Care notes that, “At Avera McKennan, we go in and look to see if they are on the appropriate medications per the GOLD standards. Every stage of COPD has different medication requirements. My team checks to see if the patient is able to do their inhaler. Can they actually use it properly? We show them how to use it, then they show us using teach backs. We also look to see if the patient needs a smoking cessation program.”

One barrier to care many patients face when returning home is the cost of their medications, Raley says, and finding entrance into pulmonary rehab programs, particularly in rural areas.

Leonard Nimoy smoked for much of his adult life. He quit in 1984, but the damage to his lungs had already occurred. He died in February 2015 but, before he died, Nimoy sought to educate others about the dangers of smoking and ways to quit through his Twitter account (see sidebar).

Says Julie about one of the goals for the upcoming film, “Remembering Leonard Nimoy,” produced by herself and David Knight, “My husband, David, and I hope that viewers will gain an appreciation for Leonard Nimoy the man, his career, the love for his family, and his mission to create awareness for both COPD and to encourage people not to smoke cigarettes.” 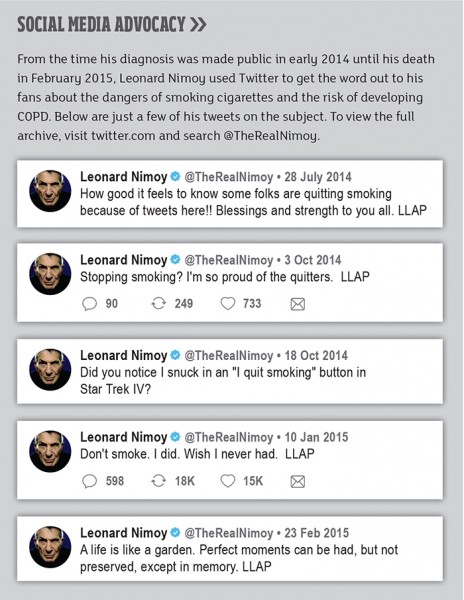 The Value of Social Media

The social aspect of COPD care is important, and social media allows patients to connect in ways they previously could not. Greenspan manages a Facebook group of more than 10,000 members that began as a patient education group, “The patients have become so educated and experienced, they are teaching each other,” he says.

The COPD Foundation has established COPD360, a social media platform exclusively for COPD patients. Williams says, “Patients and family members log in for the first time seeking encouragement and answers about COPD, medications and therapy. We have some of the best responders out there creating a warm and compassionate environment.”

Along with virtual support now available through online communities, support from family is vital for the COPD patient. Nimoy says of her father, “Dad was very fortunate because all of us in the immediate family live in the same city, so we were able to frequently visit and support him on an ongoing basis. Finally, Dad had an amazing and loving wife, Susan, who cared for him 24/7 and was his constant caregiver and companion.”

As Leonard Nimoy’s disease progressed, he worked to bring awareness about the disease through social media and by appearing on CNN's Piers Morgan Show. As the public learned, so did his family, changing their perceptions about the disease.

“Through my dad’s advocacy efforts, I became aware of the seriousness of COPD,” Nimoy says. “In addition, I’ve learned that not all COPD patients are smokers. According to the experts in the field, up to 15 percent of the COPD population never smoked. Their illness was brought on by environmental factors, secondhand smoke and a genetic condition called Alpha-1.”

Alpha-1 antitrypsin deficiency is the result of a genetic mutation, and it increases the likelihood of developing lung disease. Lee-Chiong explains that the Alpha-1 protein protects the lungs from gases and particles in the air. People with the mutation lack this protection and should avoid smoking. Williams says Alpha-1 patients may need to pursue a different course of treatment, meaning every patient with COPD should be tested for Alpha-1 mutation.

In producing the film“Remembering Leonard Nimoy,” Julie Nimoy and David Knight hope to continue his legacy and advocacy efforts, and tell his story all over the world. The film premieres on PBS in November, and will be on Blu-Ray and DVD in the spring of 2018. More information on the film can be found at rememberingleonardfilm.com, the Twitter handle @nimoycopdfilm and on Facebook.

Author’s note: The experts consulted in this article are sponsors of the film.

Treatments and Therapies for COPD

There are many different options for treating COPD, including medications administered via nebulizers and inhalers, as well as supplemental oxygen.

There are two main types of supplemental oxygen: gaseous and liquid. Today, many people are given a trans-fill unit. A home concentrator produces gaseous oxygen that can be stored in a small, refillable tank. Patients do not have to rely on providers to refill and replace tanks with this system.

Many patients use portable oxygen concentrators (POCs) in order to remain active outside of the home without a tank in tow.

Pulmonary rehab is also a crucial piece of the therapy package, ensuring patients learn about medication management, nutrition, exercise, travel and how to function in daily life with shortness of breath.