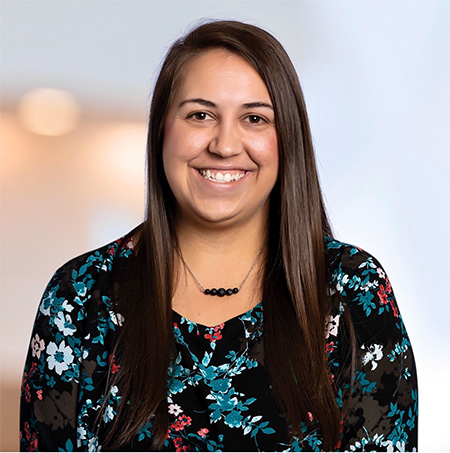 That’s where Lauren DeWitt comes in. As a hospice care consultant with Compassus, DeWitt spends much of her time teaching health care professionals, caregivers and patients about what hospice has to offer.

She said her interest in hospice is rooted in a job she held as a teenager in Butte, Montana.

“I worked as a receptionist at one of the two assisted living facilities in Butte, and that’s where I found my passion for homecare and elder care,” she said.

She enrolled in the University of Montana’s business school, where she majored in both communications and public relations. After graduation, she landed a job at an assisted living facility in Portland, Oregon.

Seven years later, in 2019, DeWitt returned home to Montana to work as a hospice care consultant at Compassus.

She also spends time talking with terminally ill patients about how they want to die and consulting team members to ensure that patients’ wishes are heard and met as much as possible.

“We work great cases where the patient comes onto service and is completely on board and knows exactly what they want,” she said. “But some cases are really difficult, where they’re just not too sure of what to expect.”

DeWitt recalls one instance when a social worker at a local cancer center called her about a patient who was dying.

“The social worker called to say that the patient wanted to have a difficult conversation right away and she didn’t want it sugar coated,” she said.

DeWitt visited the patient at home and, during their conversation, asked her how she wanted to die.

The patient said she wanted her daughters and her beloved dog by her side. She also wanted a nurse to administer her medications rather than having family members do it so her daughters could focus solely on her in her last hours, she said.

“We acknowledged her wishes, and that’s what happened,” DeWitt said.

Meeting patients’ wishes often leads to long days, since she typically schedules meetings with patients and their families whenever they are ready to talk, she said.

Through all of the challenges, DeWitt credits several members of the local homecare community with mentoring her and keeping her abreast of professional development classes that could benefit her career—including some she nominated for HomeCare Heroes, such as Heart to Heart Home Care Owner Lindsey Klebenow, who nominated DeWitt. Most recently, Klebenow invited DeWitt to a local conference on dementia.

“Lindsay has been so good about including me if there’s anything that’s happening in the community like this,” DeWitt said.

Support from the homecare community and her team serve as inspiration for DeWitt every day, she said.

“But also the patients in the community, and making sure they know they have choices.”