A New Angle on the Business of Aging

“Independence is overrated. It’s interdependence we should be seeking.” This recent tweet, from Joseph F. Coughlin, founder and head of the MIT AgeLab, suggests retirement means more than financial planning, long-term care insurance and care facilities. Critical steps to preparing for aging in one’s own home include developing rich connections with family, friends and others who care. 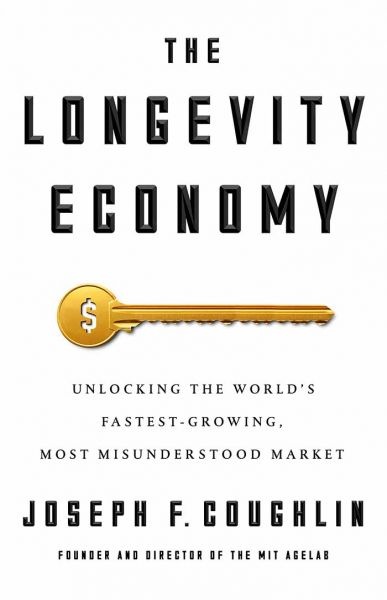 Coughlin’s book, “The Longevity Economy: Unlocking the World’s Fastest-Growing, Most Misunderstood Market,” immerses the reader in the history of aging, and in sociological and technological trends that deserve our attention. The book is like a graduate-level course that challenges health care providers to think differently about the baby boomer generation. Boomers are not just living longer, they’re living better, and intentionally joining up to support one another into their later years. Just a generation ago, families remained in the same towns and cities, often in the same neighborhood; today, many are spread across the nation. It would be smart to include surrogate families in today’s plans for aging as a result.

Coughlin cites the Village to Village Network, which connects people in a membership organization that supports aging in place. It was founded more than 15 years ago by a group of friends in Boston looking to live and age in their homes; there are now more than 200 “villages” in 45 states and 150 more in development. Considering recent research indicates social isolation and loneliness impact life expectancy more than smoking, connectedness is more critical than ever to aging well.

The “longevity economy”—estimated to be worth $7 trillion to $9 trillion—refers to the financial impact people over age 50 have on the nation. They possess 70% of the nation’s disposable income, and 30% of the world’s wealth. Yet Coughlin challenges innovators who primarily see opportunities in the care needs, functional limitations and decline of those over retirement age. In today’s world—with seniors remaining active well into their 80s and 90s—retirement is not what it used to be, he says. Entrepreneurs should recognize that the future of aging well is also about engagement, concern for the future, learning and staying active.

“Older women will rule the world,” Coughlin asserts. He says that $.80 to $.90 of every dollar spent on health care is determined by a woman. Homecare organizations have long known that the primary decision maker in the family is a female aged 40 to 60, yet marketers are ignoring 51% of the population. Coughlin suggests the business world should recognize that women are more than caretakers­­—they are dedicated researchers for loved ones, care navigators and the “chief consumption officers” within families.

“The Longevity Economy” should be a mandatory read for everybody in the homecare business. Those age 65 and over are rewriting the script based on their specific interests, and this group won’t be stereotyped into the categories of the past. Thanks to Joseph F. Coughlin and his team at the MIT AgeLab, who remind us that it’s interdependence we should be seeking.