What happens when an executive at Google watches his grandmother live with early onset Alzheimer’s? He starts a homecare software company. Lee Hudson Teslik founded Reverence Care earlier this year with the goal of improving care delivery in the home, and with an immediate focus on staffing and retention issues and a broader vision to improve the clinical effectiveness and financial sustainability of home-based care. HomeCare sat down with Teslik recently to learn more about his company and his plans for the future. 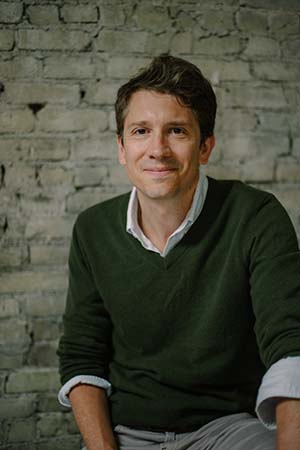 TESLIK: We raised a good-sized round—$9.5 million—which was terrific. And actually, the first thing we did as a company was buy another company, which is an unusual way in, but we couldn’t ignore the acute staffing crisis plaguing the space. We ended up buying an automated scheduling platform that has been operating out of London. They'd been working with the National Health Service in the United Kingdom for several years; the technology was proven and ready to roll. We decided that it made sense to buy them and bring them to the U.S. market, particularly given all the staffing challenges that folks have been working through.

I mean, if you are operating within a staffing crisis, there are two things you can do: You can get more people, and you can make better use of the people that you have. And when retention is such a problem, it becomes really hard to rely solely on getting more people. I would argue the people you already have are your most precious resource. And there is a lot more that can be done with technology to drive staffing effectiveness and retention.

That's what we're doing right now. We're out in the market with our scheduling platform, bringing it to in-home healthcare. Our plan is to use scheduling as our anchor product and a building block that we can grow off of. More broadly, what we are after is making transitions to homecare work better. We are building a suite of functionalities that sit alongside scheduling and support practitioners and family caregivers. Oftentimes, it's a family caregiver who sees something going sideways first and is the best person to raise a flag. How do you make sure that somebody looks at that flag? And when you have non-clinical people going into the home, how can you better understand what they're actually doing and make sure they are doing the highest-impact things?

HOMECARE: You talked a lot about staffing and retention. What do you think the cause of staffing shortage is, and how do we fix it?

TESLIK: At the highest level, I want home health aides and nurses to get paid more. The trick is you can't just ask Medicaid for more money. Medicaid isn't just, out of the goodness of their heart, going to pay more. As much as we lobby for that, it's not going to happen unless you can essentially prove more value within the care model. So that's where I do think technology can play a big role in getting folks paid more. I think if you are able to establish clearer clinical ROI, then it becomes much easier to justify to Medicaid, Medicare Advantage and private health plans paying more for those services.

Also, these are hard and stressful jobs—but technology can make them more humane. We think scheduling is a big part of this. Imagine you're a caregiver, and a good one, you're reliable and your agency really likes you. You turn up every day, you do good work, but unfortunately four or five times a week your care agency is going to have a no-show, which freaks them out because they don't want to lose the business—plus it's also really bad for the patient. So they're calling around, which I would call a panic bomb, where they're begging, borrowing, stealing from their best people to just get more time. That's super stressful for all involved and as a caregiver you get frustrated given the fact that you can’t manage your own time.

A big part of what our product does is enable using technology to allow nurses or caregivers or whomever to set their own time. They say when they're available, there may be consistent times every week when they're available, but there may also be times that just pop up. When a shift pops up and it's a short-term thing that needs to be filled, it can very quickly and readily match availability but also match a variety of other things— such as gender preference or language preference or have the caregivers expressed preference for working with the family in the past.

TESLIK: I am quite confident that some form of value-based care will become the norm in the next decade, because I think there's almost no choice. The system's already breaking. There are other things that are functions of the system already breaking. So, I almost think there's no option but to shift to more value-based models. But precisely, what will that look like? I don't think we know exactly. I think there's an element of payers that are evolving how they work in real time. Provider groups are evolving in real time and CMS is also pushing in their way.

There are two elements to value-based care, right? There's a cost side and there's an impact side or value side. On the cost side, I think there's a lot the technology can do to help reduce spending. Such as making sure you have the right person in at the right time. You want to make sure that you have people working at the top of their license, and then there are things that a care aide might be doing that they don’t need to do.

And then there’s remote patient monitoring becoming less expensive and easier to implement so you can save folks time. From a scheduling perspective, oftentimes if you have a no-show for a shift and the patient is chronically ill, they'll just go to the ER if there’s a problem. From a payer perspective, that's a disaster. I think even just making sure that shifts get filled in the right way is pretty critical from a cost perspective.

On the outcomes side, I think there's a lot that can be done particularly around transitions to improve patient outcomes to make it less likely that somebody's going to bounce back into the ER, bounce back into acute care, bounce back into a skilled nursing facility. Just by being clinically thoughtful about what's actually happening in the home.

A caregiver isn't just a person who's there to be a helper; this is also a person who can monitor specific things that are important, given what we know about this patient's specific condition. These are the right trigger moments where we should be raising a flag where you might need a nurse to go in at some point, and that might prevent the person from readmitting.

I think getting smart across this whole continuum is going to be necessary—that's what CMS is pushing for by reducing reimbursement rates. They're basically trying to incentivize everybody to get smart. For home health agencies and homecare agencies to embrace that—I mean it's hard, right? It's a transformation. It's a new way of working. It's new data systems, it's new technology. They already feel like they're using a lot of technology, but this might require using additional technology.

I think looking soberly at the fact that this is probably happening and then game planning around it is pretty important at this point.

HOMECARE: You said something interesting there about it might be using more technology. We have phones, we have computers, we have smart watches, we have all of these and they make our lives easier. But it's a lot. And when a caregiver is in the field and they have to go to this app to chart, this app to check their schedule, etc. it gets to be burdensome. What kind of integrations are you looking for?

TESLIK: For it to not become prohibitively burdensome, the systems have to talk to one another. That's also the key, I would argue, to essentially automating the action plans and the care plans. If you have a care coordinator working or a community health worker working on a case, how do you connect to (electronic health record) data in a way that, again, raises the right flag so that that person knows what they can be doing.

Interoperability is a buzzword, but it's an important buzzword. It's just saying that if you need to be on a million different systems and those systems aren't talking to each other, it's not going to function very well. And I think the north star here is how we really use technology to innovate on care models so that when there is an alert something can be done about it sooner.

HOMECARE: Big picture question for you here. What does the future of care in the home look like to you?

TESLIK: First, there's going to be a lot of it. Simply because of the baby boom generation, you're starting to see the demand pick up. Over the next 10 years you're going to really see the demand spike. That's both an opportunity and a challenge.

And then I think, in a value-based context, it has to be more integrated with care that's not in the home. Your primary care physician, the discharge nurse from your last hospital stay, all of these people are part of the care continuum. Even within the home, your home health agency might be different from your homecare agency, which is different from your OT or PT. There needs to be a way of connecting all those people, at least giving them visibility into each other's data so that if the care aid notices something, it doesn’t disappear into the black box of the homecare agency's system—it needs to be observable across all those other systems. I think more data sharing and more seamless data communication across these different players will be critical in the years to come