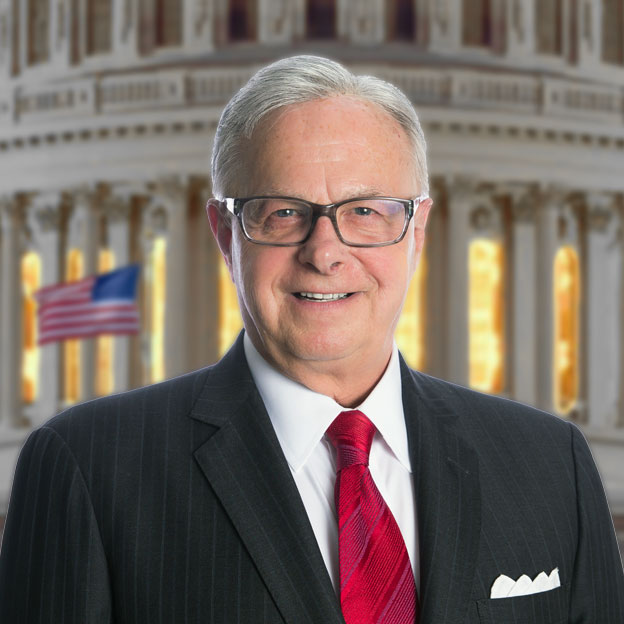 The current federal minimum wage of $7.25 an hour has not been raised since 2009. In the midst of the COVID-19 pandemic, many making minimum wage have lost their jobs, furthering the wealth gap in the United States.

In late January, the Biden administration hit the gas on the “Fight for $15,” including a $15 federal minimum wage in a $1.9 trillion COVID-19 relief package. As the package went before the Senate, however, the minimum wage provisions fell out as this article goes to press. The package also includes $1,400 stimulus checks and $130 billion for schools.

David Totaro, chairman of the Partnership for Medicaid Home-Based Care (PMHC) and chief government affairs officer at BAYADA Home Health Care, sat down with us to talk about how the homecare industry could be affected by the measure.

HOMECARE: The Biden administration is floating the idea of raising the federal minimum wage from $7.25/hour to $15/hour. How does this affect the homecare industry?
TOTARO: First, I’d like to commend the administration for taking on the issue of increasing the minimum wage. Wages in many industries have fallen below real costs of living and it’s a divisive topic across the business community and other sectors.

At the end of the day, people deserve to be able to make a fair wage for the work they do. Increasing the minimum wage affects all workers, not just those considered to be the minimum wage workforce. In terms of the portion of homecare programs that are paid for by private insurance, in most places BAYADA serves, we already pay $15 or more per hour. The impact we feel will be felt hardest in areas where the cost of living is much lower—like North Carolina, Arizona and Florida—where we offer aides wages that are competitive within the market. There, any increase toward $15 will drive up costs for those clients. So BAYADA is very supportive of pushing wages up for our caregivers, but I do worry about the impact in lower cost of living areas.

HOMECARE: Will increasing the minimum wage help homecare agencies compete for workers?
TOTARO: My initial reaction is to say yes—we know within the homecare industry that we need more caregivers to keep up with the increasing demand coming from our rapidly aging population, and so increasing wages will draw in more people to the caregiving profession.

But I also think the answer here is not as apparent as it may seem. Within our homecare private pay service line, we’ve been able to increase the wages we offer over the past three or so years, and we still struggle with recruiting. If everyone’s wages are increased because of the minimum wage increase, we will still find ourselves in the same space as before comparatively. We still need to work on the wage disparity that exists between hospital workers and homecare workers, as well as work on the notion that fast food service and retail employees are in the same pool of minimum wage workers as are home health aides and CNAs.

HOMECARE: What needs to happen at the federal level for homecare companies to keep up with raise? What about the state level?
TOTARO: At the federal level, there needs to be a robust conversation with policymakers in Congress and in the Biden administration to raise the awareness of how a mandatory minimum wage increase is tied inextricably to state Medicaid reimbursement rates for home and community-based services (HCBS). As your readers know, many homecare providers rely on state Medicaid rates as their primary—if not sole—source of funding.

In dollar terms, that means that any increase in caregivers’ wages without at least a proportional increase in reimbursement rates could mean that many providers can no longer stay in operation successfully. In people terms, this means that if the federal minimum wage is increased without a requirement for states to increase rates for HCBS in tandem, it will further limit both access to care delivery and significantly limit providers’ ability to recruit caregivers. Increasing FMAP to cover the rate increase is one funding mechanism to assist states in raising the wages of the homecare workforce.

HOMECARE: Are Medicare providers at the same disadvantage as Medicaid providers?
TOTARO: Because increasing the minimum wage will ultimately create upward pressure on wages for those making above-minimum wage, Medicare providers will need to raise wages for aides working under the program—as well as those of nurses, therapists and other Medicare-based caregivers. So, while the increase would most directly and immediately impact aides, it would also increase cost pressures elsewhere.

And because Medicare is 100% federally funded, there is a clear connection between the need for increased reimbursement rates and providers’ ability to comply with a minimum wage mandate. Let’s also realize that funding is used for more than just wages—it covers all other costs, including the increased costs that have come from COVID (i.e., PPE, administrative complications, and CDC/CMS mandates). A federal increase that is meant only to address wage increases isn’t enough—the government must acknowledge that both wages and unaddressed cost pressures are important to fund.

HOMECARE: Given the demographics of homecare employment, is there an equity issue at the heart of this debate?
TOTARO: Absolutely. Currently, the homecare workforce is predominately female (87%), people of color (62%), immigrants (31%), over the age of 55 (32%), and nearly half live in low-income households. Forty-three percent of homecare workers rely on public health care coverage, such as Medicaid, and 16% are uninsured.

The homecare workforce deserves compensation that reflects the tremendous human, clinical, and fiscal value of the care they provide every day. When compared to other health care workers, aides’ visits are more frequent, longer in duration, and their one-on-one roles can be more physically and emotionally tolling. It is important that Medicaid rates—and in turn caregivers’ wages—are commensurate with the importance of the services delivered.

What’s next? How is the industry advocating for change?
BAYADA started looking at this several years ago when the NJ legislature raised their state minimum wage. Our message then is the same as it is now: Our caregivers deserve to make a living wage, and we support minimum wage increases. But any minimum wage increase must be matched with Medicaid HCBS rate increases. If rates are not raised in tandem, many homecare agencies will not be able to sustain operations.

The Partnership for Medicaid Home-based Care (PMHC)—a Washington D.C. based industry advocacy group (which I chair)—has been advocating for the homecare sector as a whole. Since PMHC’s inception in 2015, we have supported higher wages for the home care workforce. As soon as President Biden’s COVID-19 stimulus proposal was submitted to Congress, PMHC sent a letter to Congressional leadership supporting the minimum wage increase along with a requirement that states also raise rates for Medicaid HCBS. PMHC is dedicated to continuing to work with President Biden, members of Congress, and other stakeholders to develop policy proposal that will benefit and increase the wages of the homecare workforce that at-risk seniors and people with disabilities rely on to be cared for safely at home.