5 Questions With Bill Dombi on the Homecare Workforce 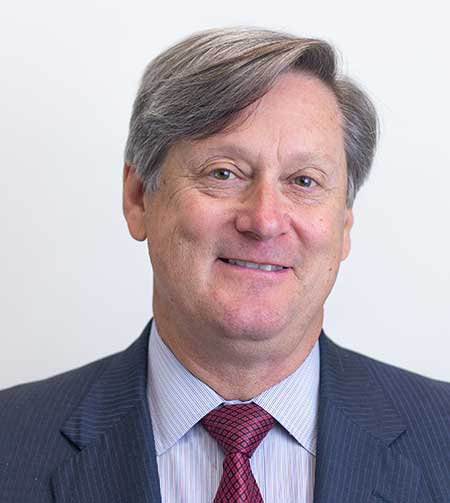 The National Association for Home Care & Hospice (NAHC), the Home Care Association of America (HCAOA) and BAYADA Home Health Care recently kicked off a new initiative to improve conditions, pay and recognition for homecare workers (read more about it here). NAHC President and CEO Bill Dombi sat down with HomeCare to share more about the new Home Care Workforce Alliance and why the initiative is needed.

HOMECARE: So the new initiative sounds fantastic. What do you envision NAHC’s role in it to be?
DOMBI: Well, if it works out as planned, we will be sitting in a room with other stakeholder organizations and presenting our recommended areas of focus and priorities, and then reaching consensus with those other stakeholders on a plan of action to succeed in getting those priorities established—whether it be legislation, regulation, recommendations for the education world and in a number of other kinds of things that might come up. I don't want to prejudge what the priorities would be … but there’s a laundry list we have of areas that we think we need to be looking at.

HOMECARE: You said you want other stakeholders. Who should add their voice to this initiative?
DOMBI: When we look around at the potential stakeholders, a number of them jump out. When we look at, for example, voices representing individuals of advanced age, AARP, the National Council on Aging, the Leadership Council of Aging Organizations come to mind. When we look at voices for people of disabilities, there are several comparable organizations as well. We're a member of the disability and aging coalition, and there's a hundred something organizations within there. Voices from within those two and from the patient perspective we think would be very, very important. From a caregiver’s perspective or direct workers—PHI out of New York, which [was originally named ] the Paraprofessional Health Institute. But also, we're open to giving a seat at the table to a voice like the Service Employees International Union (SEIU). SEIU represents several hundred thousand homecare aids. Similarly the American Nurses Association and some of the other professional associations representing the caregivers.

We think there's a need also for people to be there from the payer side—from Medicare, from Medicaid, federal and some states of course—but also from the managed care side. So then we start to get a little more exotic, so to speak.

But an area which is absolutely crucial is immigration actually. There are a lot of stakeholders in the immigration issue itself. We don't have enough people here to be able to tap, to fill all the need that we have out there. So we have to walk into that delicate area of do we open the gates and then how for immigration. Nurses can come in and work temporarily in United States with H-1B visas. But those are all bottlenecked at this point and taking forever, and they're limited. They don't have anything comparable for homecare aids. And obviously … homecare aids and nurses are probably the top two disciplines where the shortage shows.

HOMECARE: So right now, if I understand correctly, the Workforce Alliance is just NAHC, BAYADA and HCAOA. So what are the plans as it grows? Will there eventually be a separate board and executive officers? What’s the timetable?
DOMBI: In terms of formal membership, yes. I mean, obviously we've had conversations with a number of other voices that, you know, are going to be called to discussion. Now that we've made the announcement formal, we'll start making formal invitations.

I think what's going to have to happen is that the parties to the coalition will have to decide what the structure looks like. The concern that we had that we talked about internally is if we decide on the structure that we need to say, hire somebody to manage the whole thing and then go ahead and hire them, and if we decided what the priorities were—it's not a coalition at that point. It's come to our house for our dinner. We'll tell you what we're going to serve you for food, and you're going to like it or not.

And so instead, we want this to be a consensus building effort. Which means we come to the table with whatever ideas that we have and we reach consensus on what the structure looks like in a traditional sense. [That means] There's going to be some sort of governing body, there's going to be some sort of committees and subcommittees, and the like. I would anticipate that we will end up bringing somebody in to manage it all from the logistics side to keep us rolling. But one of the things the coalition would have to talk about is, what resources do we need and what resources can we apply, be it money or in kind or otherwise.

[As far as time table] the answer to that will be as quickly as we can move this forward, but this is going to have to be something that has both short-term and long-term action items. There's no quick, easy solutions to create a permanent, solid workforce. So it's going to be something that is ongoing, we think, for quite a while. But there are some short-term things that we believe can be done.

HOMECARE: So the formal announcement was just yesterday, but are you hearing anything from NAHC membership about it? Is there excitement?
DOMBI: Yes. We did not broadcast widely that we would be doing this. We're going to follow it up, obviously with  what we have in our NAHC report, and you guys will have your stuff in the various publications out there. But what I did was, we sent it to our board, the announcement, and we sent it to some of the state associations … but we didn't  put it out to the NAHC membership. But the responses so far have been—I mean, even during the session itself, I got a message from one of the executives of a large private duty company who was offering kudos.

The key in the end though—it's not going to be our own direct audience … The concept of the coalition means we've got to bring in that variety of voices or we're stuck in the silo, which has been where we've been for decades. And so far with, you know, the successes have been limited relative to workforce improvement.

HOMECARE: So even though you're seeking a unified voice on this issue, what's your biggest priority for the homecare workforce?
DOMBI: Well, you know it's difficult to say that the priority's going be something that means financial supports, but the reality is financial supports are going to be the priority without a doubt. But, when you look at what it takes to recruit and retain workers, it's a combination of things and usually the three things on the list of anybody looking for a job and maybe they vary in priority, but the compensation and benefits that they get, … are they doing something meaningful … and do they have the respect of others in what they're doing. So we have a separate effort underway, which will be folded into this eventually on the issues of image and respect.

At the moment we're in the middle of a national survey on: What is the image [of homecare]? Why is the image what it is, and what can we do about the image? It's a step in helping us define what our actions need to be to deal with the image. We think the image has improved because of the performance [of the industry] during COVID, but it's got a ways to go. We look at the nurses in homecare, for example, as working at the top of the profession, but there's still some people out there who think you're a home care nurse because you couldn't get a real nursing job. And that is so far from accurate. And then on the homecare aid side—God, I mean, these people are incredible people; what they do for individuals and what they do for our whole society. And frontline people put their lives themselves in danger in instances of acquiring infections or even going into homes and neighborhoods that are dangerous to provide things which keep people alive.

We're not looking at a, you know, at a “Got Milk?” campaign, which comes off more as a commercial for selling homecare services. If we did that as compared to just giving them the respect and the image that they're due. And I'm sure that they're not the only profession out there. Homecare direct care workers who [also] don't have the image or respect that they deserve, but we're going to do our part to make that happen.

Aging in Place
Senior Helpers’ Onboarding System Gives New Meaning to ‘Hands On’
A new way to train
Home Health
Why You Should Partner With an In-Home Therapy Provider
Home works better
Accreditation
How to Avoid Common Documentation Red Flags
Write it down, work it out
Home Health
5 Things Agencies Need to Know About the Employee Retention Refund
Don't leave money on the table
Aging in Place
Enriching Your Digital Offerings
Look at the full technology package to best serve seniors