Home health care providers are in a unique position to work with patients who are either at risk of developing sepsis or recovering after having sepsis or septic shock.

According to the 2016 estimates from the Centers for Disease Control and Prevention (CDC), each year 1.7 million people in the United States develop sepsis and 270,000 die from the condition. These numbers can be lowered with effective infection prevention, through careful monitoring of patients who are at risk for sepsis and by taking appropriate action when sepsis is recognized. The majority of sepsis cases begin outside of the hospital; as many as 87% start in the community. Sepsis is a medical emergency and when sepsis is quickly recognized and treated, lives can be saved.

Sepsis is a condition characterized by life-threatening organ dysfunction due to a dysregulated host response to infection. Said another way, the body’s immune system goes into overdrive in an inflammatory response to the infection and turns upon itself. This overreaction can lead to tissue damage, organ failure and death. Any type of infection can lead to sepsis: bacterial, viral, parasitic or fungal. The most common site for infections that may lead to sepsis are the lungs (pneumonia), urinary tract, skin and intestines. Bacterial infections have traditionally been the most common cause of sepsis. This may change, however, with the high incidence of the novel coronavirus that causes the disease COVID-19, which can lead to sepsis and septic shock. Because this is a new virus, no one has any immunity and there are no available vaccines—so the entire population is susceptible.

This new infection will increase the number of virally-caused sepsis cases. And the escalation will come on top of the current high number of influenza cases that may be forgotten during the COVID-19 pandemic. The CDC estimates there were 45 million influenza illnesses, 810,000 hospitalizations, and 61,000 deaths in the U.S. between 2017-2018. In most cases, patients are able to fight off the virus on their own with traditional supportive care. But patients with a weakened immune system may develop a secondary bacterial infection, such as pneumonia. In the article “A 15-Year-Old Cheerleader Died From Septic Shock After Having the Flu,” infectious disease physician Amesh A. Adalja said, “When we see people die from influenza, many have sepsis and septic shock. It is a common pathway for death from the flu.”

Anyone can develop sepsis. Those at highest risk are children younger than a year, adults 65 years old and older, people with chronic medical conditions and/or weakened immune systems, and those taking medications that cause immune suppression. Many patients who receive homecare for various health conditions, including post-operative care, may have chronic diseases that put them at risk for infection and sepsis.

Sepsis screening tools are very helpful in the home health care setting. The Home Care Association of New York State (HCA-NYS) created a screening and intervention tool with their contributors and partners. Home health care providers can request use of the tool at sepsistool@hcanys.org. Orientation and training on the tool and on sepsis are prerequisites to using it. HCA-NYS has also created a dedicated website, stopsepsisathomeny.org.

Once sepsis is identified, taking appropriate action is key to decreasing morbidity and mortality. The risk of dying from sepsis increases by as much as 8% for every hour treatment is delayed, according to a 2006 study. If you suspect a patient has sepsis, call 911 or get them to a hospital immediately. It is important for you to convey to first responders and physicians that you suspect sepsis.

Sepsis survivors often require home health care after hospitalization. Up to half of survivors experience post-sepsis syndrome, which leaves them with long-term physical and/or psychological effects, as reported in the Journal of the American Medical Association. Common sequelae post-sepsis may include:

Sepsis survivors are also at risk for hospital readmission. A study from the Healthcare Cost and Utilization Project found that approximately 19% of people hospitalized with sepsis are readmitted within 30 days of discharge.

Home health care has always been a key component for optimal patient care throughout illness and recovery. During the current COVID-19 emergency, the potential to impact care has increased to meet the current unprecedented health care needs. Many patients receiving homecare have chronic and other medical conditions that put them at risk for infection, including the novel coronavirus that causes COVID-19 and sepsis. In addition, many patients with COVID-19 are being cared for at home, either without being hospitalized or following hospitalization for a severe case. At the time of this writing, approximately 80% of people with COVID-19 will have a mild course and recover without hospitalization. According to estimates, the remaining 20% of patients with COVID-19 may develop sepsis and be admitted to the hospital, with 2% to 3% needing intensive care. For patients with severe illness, home health care will be needed. These patients will have the typical sepsis survivor issues. In addition, they will have experienced isolation, fear and other yet-to-be-understood consequences of the current health care crisis.

Infection prevention is sepsis prevention. Vaccination and good hygiene help prevent infection. When infection does occur, it is important to seek medical help before sepsis sets in. It is estimated that as many as 80% of sepsis deaths could be prevented with rapid diagnosis and treatment. Home health providers play a vital role in monitoring patients and identifying sepsis in the field—and in preventing, recognizing and treating sepsis. 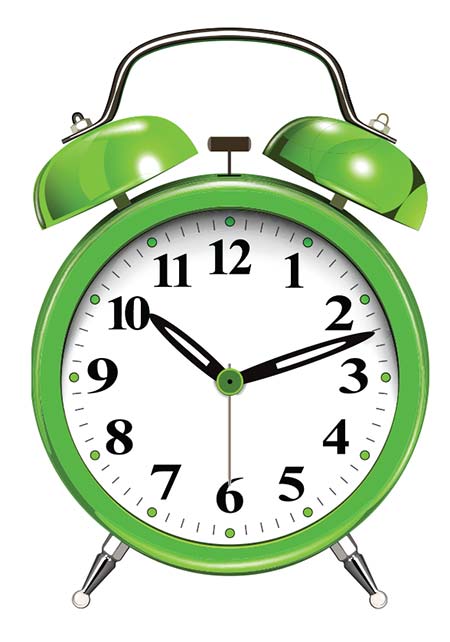 The Sepsis Alliance has developed the mnemonic “T.I.M.E” to help caregivers and patients spot and respond to symptoms of sepsis.

T is for temperature, which may be higher or lower than normal. (Note that older adults may not mount a significant fever due to the aging process advancing to immunosenescence.)

I is for infection, suspected or known.

M is for mental decline as there can be confusion, sleepiness, difficulty to rouse or even a fall.

E is for extremely ill, with people having severe pain, discomfort and shortness of breath. They may say “ I feel like I might die.”

Sara McMannus is a clinical advisor for the Sepsis Alliance. She started her career as a staff nurse in critical care. She developed programs and educational tools Clinical Program Manager for GE Healthcare.

Marijke Vroomen Durning, RN, is the director of content at the Sepsis Alliance. Following several years working clinically as a floor nurse, teacher and supervisor, she now writes and edits health and medical information for the public and healthcare professionals. Follow her on Twitter @MarijkeD.

Home Health
Is Your Mileage Tracking Software Disclosing Too Much?
Understanding the HIPAA implications of electronic visit verification
Home Health
4 Key Factors in Creating an Onboarding Process
Help your employees start on the right foot
Home Health
A New Role for Personal Care
How companies’ response to the COVID-19 pandemic can shape their futures
Home Health
What Is the Future of Post-Acute Care?
5 themes to watch in the year to come
Home Health
Seismic Shifts Occurring in Care Delivery
Numbers indicate more care will move to the home

Home Health
Is Your Mileage Tracking Software Disclosing Too Much?
Understanding the HIPAA implications of electronic visit verification
Legislation & Regulation
Understanding the HCPCS Code Application Process
How PDAC handles new codes
HME Products
Managing Medications at a Distance
A survey of tech options to help seniors stay on top of their meds post-pandemic
Home Health
4 Key Factors in Creating an Onboarding Process
Help your employees start on the right foot
Home Health
A New Role for Personal Care
How companies’ response to the COVID-19 pandemic can shape their futures