Arguing for access, advancing awareness
by Hannah Wolfson
Thursday, May 26, 2022 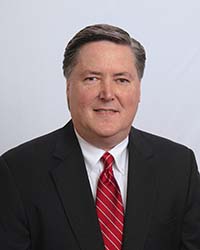 After 13 years on the job, Don Clayback, executive director of the National Coalition of Assistive and Rehab Technology (NCART), recently announced he’s leaving the organization in September. In his time at the organization, NCART fought to have complex rehab technology (CRT) power and manual wheelchairs permanently excluded from the federal competitive bidding program, held back state cuts and passed CRT recognition legislation in eight states. The organization is currently in a search for a new executive director. HomeCare talked with Clayback about where NCART has come and where it’s headed.

HomeCare: Thirteen years is a long time. What do you feel has changed over that time period and what part has NCART played in that change?

CLAYBACK: I think one of the biggest things is that if you turn the clock back to 2008 or 2009, since that time we’ve created a much greater awareness CRT in terms of congressional awareness, awareness at the state level with Medicaid programs, and also with other policymakers, and the Center for Medicare & Medicaid Services. And a lot of that has come from some of the issues that we’ve tackled in the CRT community. I’m very proud of the leadership roles we’ve taken in these endeavors, but it certainly wasn’t due to a single organization—it was really all the CRT stakeholders coming together. So you have the providers and the manufacturers, the clinicians, the consumers and the advocacy associations that represent all those folks. I think that general awareness is a big achievement because you really need to have policymakers understand what CRT is all about before we can get them to take action.

HomeCare: Back in those early days, what did they think when they heard CRT? Did they just lump all mobility users in one bucket?

CLAYBACK: Yes, I think that the general understanding back then was really there wasn’t awareness of complex rehab technology, and when someone would hear about wheelchairs, they automatically would think of more of the standard type of equipment—and those standard wheelchairs are important, but when it comes to Medicare, just as an example, there’s about 15% of people that get wheelchairs under the Medicare program who need more complex equipment, they have more complex needs. And in many cases, they may be more active and require more sophisticated technology than your traditional Medicare beneficiary. Unless you have a friend or a family member who has used this more complex technology, you really don’t appreciate what’s out there and how beneficial it can be for somebody that has a high level disability.

HomeCare: Over that same time span, I imagine the technology itself has also changed pretty dramatically.

CLAYBACK: Thankfully there’s been a lot of good advancement in terms of the technology. When we talk about complex rehab technology, we typically talk about it in three categories. There’s your wheelchair, either your power or manual wheelchair system; then there’s the seating and positioning, which is just as important as how someone gets around in their wheelchair, how they’re positioned during the course of the day; and then, finally, there’s the other adaptive technology—things like standing devices and gate trainers and bathing equipment—that also play a key part in people’s lives and all those things have seen different advancements over the years, thanks to the the manufacturers’ investment in research and development and their commitment to really try to serve the needs of the  disability community with better technology.

HomeCare: Do you think there will be equally dramatic advancements in the coming years?

CLAYBACK: I think the potential is there. One of the challenges that CRT faces when we talk about access is really the funding system, the foundation that’s out there for how this equipment will get paid for, because in almost all cases, the technology’s paid for by a person’s insurance program. So whether it’s a federal program or a state Medicaid program or a commercial program, in almost all cases, people’s access comes down to what their insurance plan is going to cover.

And potentially, that could be even a bigger threat as we move forward. That is, that it’s not a question of technology not being available to make even bigger differences in people’s lives,  but rather it’s a question of are insurance plans going to recognize those benefits and fund the type of equipment. And that also goes to the research and development, because manufacturers have to have a sense that if they produce advanced technology, there’s going to be a market for it.

HomeCare: What big priorities have been checked off recently?

CLAYBACK: We’ve made a lot of progress, but when it comes to the whole education and awareness effort, there’s still a long way to go. We need to continue investing the time and dollars in that. I think we’ve made improvements within the Medicare program around the payment rates for complex wheelchairs, both the manual and power and the wheelchair accessories. ... Even though our focus was on Medicare, the thing that people need to recognize is Medicare sets the stage for a lot of other payers. So Medicare needs to continue to be a focus of our efforts to make sure that their policies and to some extent their payment rates provide the access that’s needed.

Recently, we’ve done a lot of work around wheelchair accessories. Right now, we’re working on getting power seat elevation, power standing systems covered for people who use power wheelchairs. We’ve been partnering with the consumer organizations and with the Independence Through Enhancement of Medicare and Medicaid (ITEM) coalition, which is a large coalition of different disability groups, to get Medicare to cover these devices. This is another example: The technology’s been available for quite a long time, it’s got proven medical benefits, but there’s not the full coverage from a funding standpoint. So consequently, people who could really benefit from the technology don’t have the right access to it.

We’ve developed some very strong collaborative partnerships with the disability groups and with the clinical groups, kind of combining the industry perspective along with the consumer perspective, which really needs to be front and center.

HomeCare: What are the big priorities now? Will telehealth stick?

CLAYBACK: If there are two or three things that are on our radar right now, the first item is the Medicare coverage of seat elevation and standing, and then the next is telehealth expansion. As part of the pandemic, a lot of remote capabilities have been given to physical therapists and occupational therapists and that trickles down into the evaluation of people for certain CRT items. That remote capability has been in place throughout the pandemic, which has been a big positive for people who rely on this equipment. We think it’s also got benefits even post-pandemic because … depending on your disability, you may have transportation challenges, you may not have the expertise in your area, and if you can access all that remotely, it brings all sorts of benefit to that person who relies on the technology. Right now, that’s in place through the end of the public health emergency; it actually has been extended temporarily for another 151 days beyond when the public health emergency expires July 15. When it does expire, there certainly are going be some telehealth provisions that will be made permanent or at least extended for several years so they could be studied further. And we want to make sure that the ability for physical and occupational therapists to use telehealth for CRT evaluations remains in place.

Then the third thing would be on the state level. We’re working in a variety of states on issues that impact access to CRT—on the federal level, it’s really focused on the Medicare program, but on the state level where you’ve got 50 different states, it’s on the Medicaid level. We’ve historically made inroads with policymakers on the state level, but that is going to require even more time as things move on because the states are going to be continuing to look for ways they can reduce their health care costs.

HomeCare: How did you land in CRT?

CLAYBACK: I was just out of college from Buffalo, New York—where I born and raised—I went into public accounting. I actually was in public accounting for about eight years and was a practicing (certified public accountant), but we had a family business—my father-in-law had a DME company in town, so that’s how I got in the business, joining his company and then managing that for 10 years.

HomeCare: And it became your life’s work?

CLAYBACK: I tell people—and certainly anybody that’s been involved in the industry knows this—that working with people who rely on this type of equipment is a great service to provide to your community and really helps people make a big difference in their lives.

HomeCare: So, what comes next in your career?

CLAYBACK: I’m not sure yet! I’m would still like to stay involved in the CRT access area, so potentially something within the industry, or maybe related to the industry. Once I decided to pursue something different, I wanted to focus on making sure there was a smooth transition, and then once we get that underway, I’ll be able to look at what other options might come after.

Hannah Wolfson is editor of HomeCare magazine and digital media.